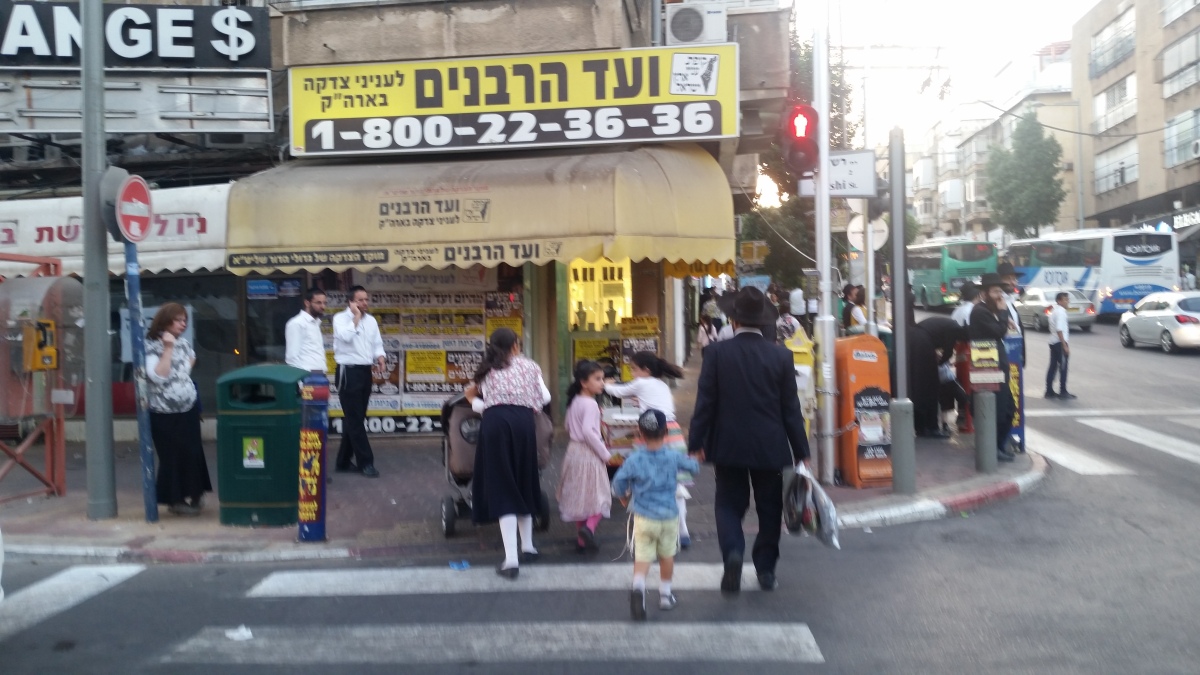 Today, I went to Bnei Brak and had a good time.

Bnei Brak is an almost entirely Haredi (ultra-Orthodox) city of nearly 200,000 people right on the footsteps of Tel Aviv.  It is the sixth most densely populated city in the world.  Door-to-door, it was a half hour ride.  Culturally, it’s a million miles away from the bikinis, hip-hop street performers, and pride flags of Tel Aviv.  Inhabited by a variety of Hasidic and misnagdic sects, with a smattering of Modern Orthodox, there are a lot of black hats, swaying peyos, and tons and tons of children.

To many of my more secular friends, the idea of a day trip to Bnei Brak is at best a waste of time and at worst, nauseating.  Please allow me to share what I, a gay Reform Jew, actually found to enjoy in this fascinating city:

Delicious Ashkenazi food – I sorely miss American Jewish food, which is almost entirely Ashkenazi.  I love me some jachnoon and falafel, but it is not what I grew up on.  I had delicious matzah ball soup tonight and it hit the spot.  Ashkenazi culture for secular Israelis has become nearly invisible.  This is due to repression from more hard line Zionists in the early years of the state, when Yiddish theaters and newspapers were shut down by protestors, and due to a desire to fit in in Israeli society.  For the majority of American Jews, Ashkenazi-ness is an essential part of our Judaism and I was happy to see people keeping it alive here.

Hot guys – perhaps it’s from growing up in a more religious Jewish community (progressive American Jews as a whole are more religious than left-wing Jews in Israel), but I find a cute non-bearded guy dressed in 17th century Hasidic garb and a kippah…hot!  I love that he’s boldly Jewish, that he loves Torah, and that he has a certain softness to him.  Don’t get me wrong, I love me some strong Zionist men, but seeing a Hasid here reminds me a bit more of the Jews I know from home in the Diaspora.  Which is perhaps why they bug the h*ll out of secular Jews who don’t want much to do with the “old Jew” of the shtetl.

Good music – I love me some Hasidic music.  I bought a compilation of Vizhnitz niggunim sung by artists from Bnei Brak.  I found a really cool music store which has hundreds of different artists, mostly in Hebrew, but some in Yiddish.  Some of the artists were American Hasidim like Lipa Shmelzer who I knew from the U.S.  Quite a number of Mizrachi artists were popular in the store, like Zion Golan and the Revivo Project, which is interesting and shows there’s more cultural fusion going on here than meets the eye.  In general, I noticed more Mizrachi Jews in Bnei Brak than I expected to see and quite a number of shwarma joints, something you’d never find in Williamsburg. 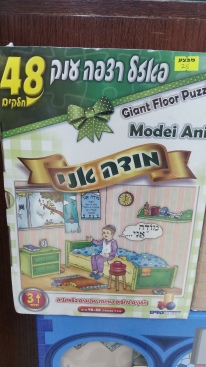 It’s a city – I’ve visited Hasidic Brooklyn (Borough Park, Crown Heights, Williamsburg).  You can read some of my thoughts about that community and my visit there in this blog.  One of the big differences between Hasidim there and in Bnei Brak is that the former is a community intertwined with its neighbors.  There are Jamaicans and hipsters wandering through.  It is a neighborhood, not a city.  Bnei Brak is an entire Haredi city and it is really cool to see.  I saw boys and girls playing together.  Both men and women were friendly and willing to talk to me (and I was wearing jeans and a t-shirt).  I had found it a bit more difficult to get people to open up in New York, especially women (even though I also speak Yiddish).  I couldn’t help but think that maybe if Hitler hadn’t succeeded, there would be cities like this all over Eastern Europe.  And I’m grateful that Bnei Brak is a living testament to our fearlessness and our willpower to survive despite antisemitism.

Are there problems in Bnei Brak?  Sure.  I saw a sign today with pictures of hellfire admonishing women to avoid evil and wear headscarves instead of wigs.  I also saw a sign lamenting secular education.  And there are almost no pictures of women anywhere for reasons of modesty.

At the same time, I saw tons of Haredi women wearing the wigs despite the signs.  I also saw secular people and foreign workers wearing short sleeves without anyone batting an eye.  I actually saw a Chinese guy completely shirtless in the middle of the street.  And yes, I saw a young woman in a sleeveless shirt and shorts walking down the street with no harassment.

I’m not here to tell you Bnei Brak is a bastion of progressive thought.  Or that there aren’t problems or that there aren’t Haredi people who are radical or violent.  These things exist (and not just among Haredim).  At the same time, I am concerned because I think the rest of the world tends to paint this community with a broad brush.  I am concerned that some of the anger towards Haredim in Israel isn’t about policies (like Shabbat laws, which are a real issue), but rather about longstanding ideological feuds among the Jewish people and, frankly, prejudice.

Just like any other group of people, there are Haredim who are more friendly, who are more open-minded.  And there are others posting signs admonishing women about their hair styles.  And many people who are somewhere in between.  In the end, we are people and when we start generalizing about hundreds of thousands of people, we are bound to foment prejudice rather than understanding.

I went to Bnei Brak today so that I could observe and I could learn.  Because I believe that if my only source of information about people is the news, then I’ve already lost.  Because my day ended not with stones being thrown at me for immodesty, but rather with a Hasidic guy winking at me and walking into a wedding where the band played beautiful Yiddish music.  Music I understood.  Because Israel is a 2,000 year old delayed family reunion.  We’re just getting to know each other.  Step outside your comfort zone and meet your relatives.  If a gay Reform Jew could find something to like in Bnei Brak, I bet you could too.

17 thoughts on “A gay Reform Jew goes to Bnei Brak”