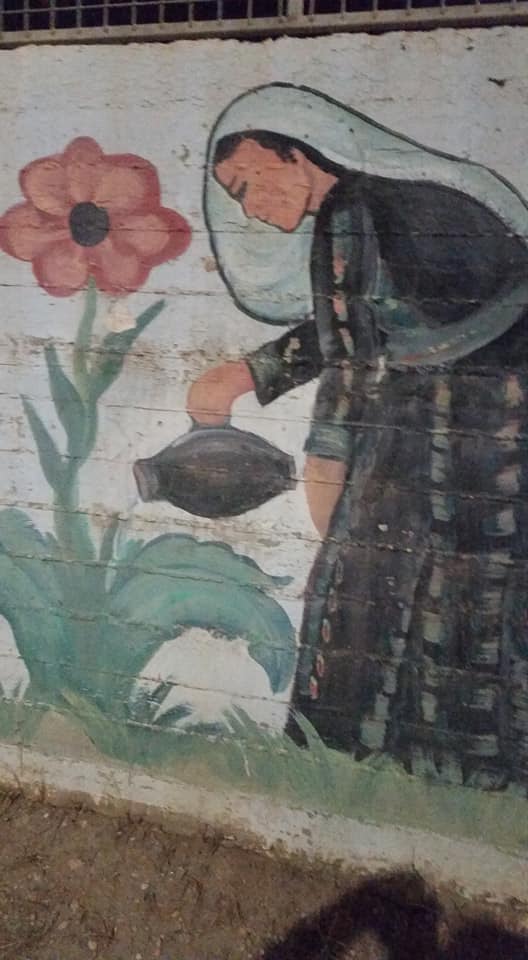 The story of this story, as Perd Hapley would say, is that there is no story.  Tired of apartment hunting in Tel Aviv, I decided to go to dinner in Kafr Qasem, an Arab village in Israel abutting the West Bank.  I can’t think of a single Jewish Israeli I’ve met in Tel Aviv who has ever been there, even though it’s only an hour bus ride away.  Even though they’ll travel thousands of miles and wander alone in India.  Yet I’ve had the good fortune of making friend with several Arabs who live there.  In need of a new canvass to paint on, I hopped on the bus.

I walked to the village and found a delicious restaurant where I ate- and I’m not exaggerating- the moistest most delicious chicken of my life.  The waiters were enthused with my Arabic and we had nice some nice conversations about where I’m from etc etc.  They kept offering me free tea and coffee too.  It’s a large restaurant and I only overheard one person speaking Hebrew.  Otherwise, this was really a village establishment.  Tomorrow they’re hosting a village party, but they told me they could sneak me in 🙂

After dinner I strolled around.  It was almost 10 o’clock at night and I was alone and I felt totally fine.  I got to an ice cream shop where they had run out of ice cream and chatted with two young ladies- one in a hijab and one without.  They recommended I keep heading uphill.

Realizing most of the town was closed, I headed back towards the bus stop, but then I came across this stand that was making fresh corn something-or-rather.  I still don’t know exactly what it is- it started with a d- but it’s like a cup of seasoned corn kernels (not popped).  I talked with the guy who owned the stand and his 20-something absolutely gorgeous male friend Ahmed.  Thumpa.  Thumpa.  He had the smile to match.

We talked about how I learned Arabic and where I was from.  When explaining about the corn, he actually had to rely on his Hebrew for a bit- and asked me if I spoke it!  So cute!  I said I was a Jew so of course I did!  We had a good laugh.  We gave each other a few bro-ish handshakes and said goodbye.

I headed down the hill and was having trouble finding the bus.  Person after person directed me the right way, often with a smile.  Including some Turkish workers who live in the village as carpenters and don’t speak Hebrew or Arabic- we used Google Translate to talk about my love of Turkish music like Tarkan!  After missing the bus and walking back and forth, I finally got on one headed towards Tel Aviv.

The driver was Arab and we spoke in Arabic.  I asked if he’d put Arabic music on and he agreed- it should be noted that beforehand (even though the bus was empty) he was listening to Hebrew radio.  He mentioned the classic singer Umm Kulthum and I mentioned I heard one of her hits (which I love) in the restaurant tonight.  And how I had seen two Mizrachi Jewish men listening to Fairouz, another classic Arab singer, in Tel Aviv.

I told him that I felt that the best music unites us.  He nodded strongly in agreement: “When you hear Umm Kulthum it doesn’t matter if you’re Jewish or Arab- it brings us together.”

I couldn’t agree more.  Before I went to the village, all I knew about it was that it was the site of a tragic 1954 killing of 49 villagers by Israeli border police.  That, and that it’s the hometown of Israel’s Islamic Movement, an Islamist political organization.

And that’s exactly what the news media and the politicians want you to know.  Know the fear, know the pain, know the anger, know the conflict.  Blood + blood = $$$$ .

There are reasons behind all of those things, but in the end, I just want to get to know my fellow human beings.  My neighbors.  Jews and Arabs.  Israelis.  Friends.

If you want to live in a warped universe where your only source of information about people who walk by you every day is a news app or a piece of paper, then you’re missing out and you’re messing up.

Kafr Qasim isn’t just a news story.  It’s not just a historical event or a political movement.  It’s a town.  With real people- who ply you with free coffee and tea.  Who effortlessly mix Hebrew into their rural Arabic dialect.  Who put up trilingual posters about a cosmetics shop underneath one about Muhammad.  Who give you a friendly smile when you’re lost.

Nothing happened in Kafr Qasim tonight.  Just a nice Jewish boy who went to dinner and escaped the cut-throat bubble of Tel Aviv.  Who caught the bus home at midnight and found a new place where his soul can breathe. 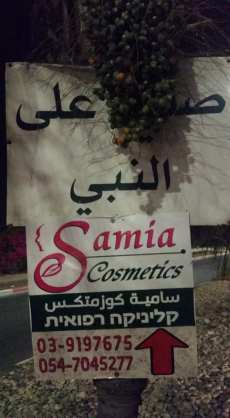