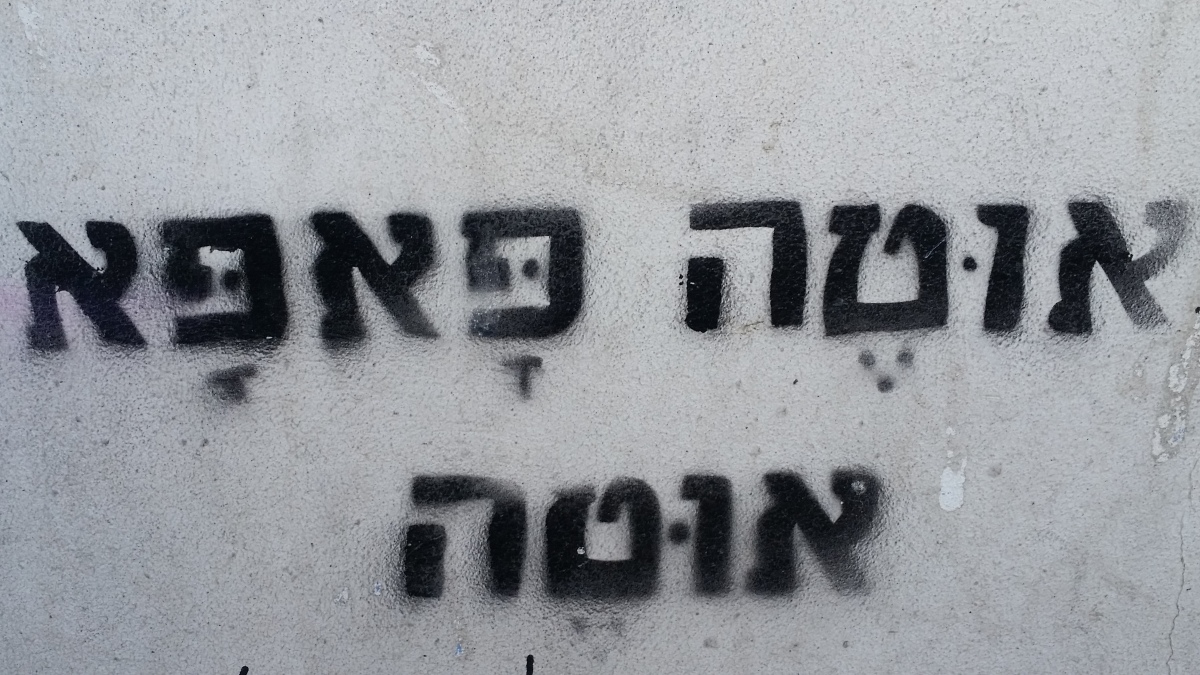 Hey everyone!  So I’m a polyglot- a multilingual guy.  I speak English, Spanish, Hebrew, Arabic, Portuguese, French, Catalan, Yiddish- all well enough to hold multi-hour conversations and I can read and write.  I’m not putzing around- I wrote my 50 page senior thesis in Spanish and have been interviewed on Catalan TV, and have similar examples for all my languages.  In addition, I speak intermediate Farsi which I’m refreshing here in Israel and have taken some initial courses in Basque, Hindi, Chinese, Japanese, Irish, and Greek.

I learn quickly.  Although I’ve taken some group classes, I much prefer private tutors (I also am one if you’re looking to learn!).  I can go at my pace, with my questions, and don’t have to slow down my learning.  To give you an idea, my entire coursework in Modern Hebrew consisted of about 150 hours of private lessons and two college classes (90 hours total).  So, all in all, I formally studied Hebrew for 240 hours and I never did ulpan.

Before making aliyah, I had only been to Israel twice- once on Birthright and a second time as a camp counselor for the Israeli Reform Movement.  I have no Israeli relatives and grew up in an English-speaking household- none of my relatives have ever even been to Israel.

And I speak the language fluently enough that the times where I don’t understand something, Sabras yell at me because they think I’m being obstinate.  They assume I’m one of them or have lived here for many years rather than five months.

I get this question a lot.  Sometimes, it’s frustrating to talk about.  I really just enjoy learning and using my languages without explaining myself or being asked to do party tricks like “how do you say ____ in _____?”  Sometimes this is even followed up with attempts to correct me- even when they barely (if at all) speak the language in question.  I once had an American Jew correct me on my “Palestinian Arabic”…only for me to tell him that I was speaking Syrian.   The point is I never wanted to participate in this game show in the first place.  I’m not here to entertain you- I’m a human being.

Then there are the real assholes who want to know why I’d learn a minority language like Catalan or Yiddish.  I think in this case it’s fair to say the issue is not with the language- it’s with the people who speak it.  And the people asking me this question don’t much care for them.  I’ve even had people tell me (after they ask me to list my 8 languages) that I need to broaden my horizons and learn Chinese or Russian.  Without even acknowledging the eight I speak- or that they only speak two.

Then there are the people who want to know why I’ve studied languages (a strange question- kind of like asking someone why they studied the violin).  I usually just say because I love them and because they enrich my life.  But for some people, that’s not an acceptable answer.  They want to know why I don’t work for the CIA or FBI or army or somewhere else they wish I worked.

All of us have talents- one of mine is languages.  But let’s just try to respect each other’s gifts rather than finding a way to “take people down a notch” or tell them how to live their lives.  It makes you look small, not me.

So here’s the truth: I love languages because they make me happy.  As my Catalan teacher once told me: “cada llengua és una riquesa” – every language is a source of richness.  When I learn a new language, I embrace new music, food, culture, history, sociology, and- perhaps most importantly- friends.  I also learn about myself and my identity.  I can’t tell you how much richer my Judaism is because I can read about it in French and Spanish and Arabic and Yiddish etc etc.  And I can learn from the experiences of other minority communities like Catalans and Quebecois.

I overcome my own (and other people’s) prejudices and I add a whole new dimension to my identity.  When you speak to someone in their language, their heart opens up.  It’s a completely different experience.  So again, fellow Jewish Israelis, stop resting on your (Hebrew) laurels and learn Arabic and you’ll see that your relationship with your Arab neighbors will change.  For the better.  It’s respect, it’s honor, it’s love, it’s kindness- it’s great.

So here’s the real key to learning languages: fall in love with them.  When you love something, you do it all the time.  Every chance I get to speak any of my languages- I take it.  Could be my Bedouin cab driver, a French Jewish tourist, Israeli friends back in the U.S., my Syrian Jewish neighbors, the Christian Arab photographer I met up north, a bunch of Latino Jews I met at a pub- you name it.  I love love love my languages so when I’m not in a classroom, I’m finding tons of ways to practice- while smiling and having a good time and always learning.

The best way to be great at something is to enjoy it.  Personally, I’m not a big fan of gyms.  So I don’t really go now.  But I love to dance- and it’s also great healthy movement.  So I do more of it and soon enough, you find yourself in a positive feedback loop and taking care of your body.  That’s how I feel with language- the more I speak, the better I get, the more fun I have, the more I want to learn.

Do I “have an ear for language”?  Probably- when I’m really “in the zone” speaking Arabic up north, Arabs ask me if I’m Lebanese or Syrian.  And I only took six semesters of Arabic.  BUT.  But speaking a language is not just some innate gene.  Just like a musician, even if they have a “knack” for music, must study and practice, so too must someone learning a language.  It’s just that I happen to like learning and practicing so it has become an essential part of my life- thank God!

So long story short- you want to learn a new language?  You want to explore new cultures and really connect with people as equals?  Awesome!  Find the things that attract you to that language and learn.  Pick up a history book (even in your own language).  Scroll through music on Youtube- even if you don’t understand.  Find something that animates you and run with it.

And seriously- stop asking me if you can learn a language on DuoLingo, it is an app not a teacher.  I suppose if you want to learn some new vocabulary words to supplement your study it could be helpful, but otherwise stop kidding yourself.  If you don’t think you can learn to play the cello on a free mobile app, then the same goes for languages.  DuoLingo is a tool- not a human being.  Human beings speak languages and if people aren’t somehow a part of your language learning, then you won’t learn.  You’ll make mistakes (as I have- and continue to do and laugh at and learn from).  The point is not to get everything “perfect”- the point is to communicate!

Love your language.  Love the people that speak it.  And let them love you.  And soon enough, you’ll find yourself like I did- speaking Catalan, Spanish, English, and Hebrew to a Russian Israeli Jew.  In a cafe at Orthodox college.  Aren’t you curious? 🙂

2 thoughts on “How to fall in love with a language”