In a playful way, my title means “A little Hasidism a little queerness”.  And that’s exactly what I did today.

My day started with a trip to Bnei Brak.  A Haredi city of about 200,000 people just a bus ride away from my house in Tel Aviv.  I’ve been many times and now know my way around, which is pretty cool.

I started my day by buying a 5 shekel siddur (prayer book) from Gur Hasidim.  In Bnei Brak I’ve seen on multiple occasions dozens of beautiful books left outside with nothing but a collection tin where you put in some very token amount of money and get delightful books.  I happened to choose an old little siddur because I thought it was neat.  For the same price (about $1.50) I could gotten an almost mint-condition book of the Talmud or the writings of Rabbi Elimelech.  Jews are truly people of the book 🙂  And I’m adding some amazing volumes to an already killer library.

I needed some change so I walked across the street and talked to Shlomo.  Shlomo was excited that I was American.  He was born in Israel and used to live in New York where he was a mashgiach– a kosher certifier.  I learned from him about how he apprenticed and then got into the profession.  He had been to my hometown of DC several times which is awesome.  I asked him what he really misses about America and he said: “sesame chicken- I can’t find it good and cheap anywhere in Israel!”  Amen brother!

I then popped into the Ponevezh yeshiva.  What I didn’t realize until writing this article is that Ponevezh is actually a Litvish yeshiva.  In other words, they are Haredi (ultra-Orthodox) but not Hasidic.  In fact, back in the day the groups were intense rivals, but now there’s more overlap.

There I found something interesting amongst all the religious books and pamphlets- an ad for American e-cigarettes haha.

I then headed to the Breslov yeshiva around the corner.  I asked a man if I could take photos and, as is often the case in Israel, he said sure and then invited me in to learn with him.  For those who need some context- I have studied Torah as a Reform Jew.  I have never studied Torah in a Hasidic yeshiva.  Such a thing doesn’t exist in Washington, D.C. and even if it did, most people from my background probably wouldn’t step inside.  So basically, I’m brave and I strive to be open-minded.

Shlomo (a different Shlomo from Shlomo #1) sat with me and we studied Gemara.  Basically a foundational text of rabbinic commentary and part of the Talmud.

This is far outside the wheelhouse of even the most educated Reform Jews unless you’re studying to become a rabbi.  I’ve grown up in the movement and participated in almost every program imaginable and I can’t say I’ve ever taken an in-depth look at this aspect of Judaism.  We tend to focus on other very important aspects like social justice and the personal spiritual experience.  I do wonder if we lose something by not engaging some with these texts too.

Shlomo was a funny guy.  First off, he asked about my Jewish background.  Keep in mind I’m in the middle of a Hasidic yeshiva in Bnei Brak with hundreds of men around me I don’t know.  The image of Hasidim in the media here is anything but positive.  Violence and extremism are pretty much all secular Israelis know about their Hasidic neighbors.

So how did I answer his question?  I said: “I come from a somewhat traditional Reform home.”  BOOM.  Please re-read that absolutely everyone who tells me that if only Hasidim in Bnei Brak knew more about me, they wouldn’t accept me.  For sure I’ve had difficult experiences here and heard negative remarks about Reform Jews.  And I’ve also had moments like today when this guy didn’t bat an eye.  In fact, his follow up question was hilarious.  Trying to connect with me via the ancient tradition of Jewish geography, he asked if I knew his cousin in Monsey, NY!  This carries an extra level of funniness because Monsey Jews are very Hasidic and I can’t imagine many Reform Jews have ever stepped foot there.  But I appreciated his effort to connect with me- even after I said I was Reform.

As we’re studying Gemara, an old man came up and asked for money.  I forget exactly how it came up, but at some point he said about me in Yiddish, “he’s not a Vizhnitz Hasid!”  To which I responded in Yiddish: “that’s right, I’m not a Vizhnitz Hasid, but here take some change!”  He nearly fell on the floor in shock.  His smile grew and he starts telling everyone that I speak Yiddish with a look of intense naches- of pride 🙂  You have to keep in mind everyone there knows I’m not from the community- I’m wearing jeans and a green sweatshirt.  We had a good laugh together and shmoozed a bisl.

He then puts his hand on my head and blesses me.  Wow.  It gives me shivers and made me feel so loved.  I don’t know the last time someone blessed me.

Walking around Bnei Brak, I got hungry.  I stopped for some cookies and found a delicious bakery that even had shockingly good whole wheat cookies.

Still hungry, I continue walking and even helped some cute kids cross the street.  Each one wanted me to tell him that he did a good job crossing 🙂

Then something bashert happened.  Bashert is a word Hebrew wished it had.  In Yiddish (and Jewish English) it means something predestined, meant to be.  Either a person you fall in love with or connect with.  Or an event.

Some of you might remember Yisrael.  He’s my friend who gave me my first Haredi hug.  By chance, I happened upon his restaurant.  The past few times I was in Bnei Brak I tried to find it but I forgot where it was.  And this time my tummy- and perhaps a greater force- led me to him.

He instantly recognized me, even though it had been months.  He gave me a huge hug, told me I looked great, and asked me how I was doing.  We caught up, he of course gave me extra food for free, and I sat down to delicious gefilte fish and kugel.  Heimish, delicious Jewish food.

While I was sitting, I heard an interesting- and incredibly respectful- debate between a Chabad guy who claimed the Lubavitch rabbi was the messiah and the other Hasidim who disagreed.  This was absolutely fascinating.  And what is more- no blood was shed.  No blows were thrown.  In fact, Yisrael ended the debate by calling the rabbi a tzadik, or saint, and everyone went back to eating and asking me about America (they love to practice their English with me).

Hardly a story you’ll read in Haaretz or see on CNN, but it was real.  And it’s how many people live their lives here.

Heading out the door, I thought to myself that sometimes I wish I could be a part of this community.  Due to my queerness and my Reform identity and progressive values, I don’t know to what degree I could find acceptance as my full self.  It can make exploring Bnei Brak hard at times.

And yet it’s precisely because of these identities that I’m intrigued by this community.  And truth be told- I’m a part of it.  Just in a way that works for me.  Where I can participate in a way where I am learning the best this place has to offer and staying true to who I am.

Due to the Holocaust, Soviet anti-Semitism, American pressure to assimilate, and the Israeli government’s repression of Jewish cultures, my heritage suffered greatly the past 100 years.  An entire civilization, Ashkenazi Judaism, was nearly wiped out.  Yiddish almost forgotten.

When I made aliyah to Israel, I hoped to reconnect with my roots.  Sadly, this state doesn’t believe in Jewish culture.  Whatever remnants of my roots that are here exist in spite of a state that has shamed people for being Jewishly different.

The one group that more than any other has held on to their yiddishkayt- their Jewish roots- is Hasidim.  These Jews continue to speak the language of my ancestors for the past 2,000 years- Yiddish.  A language I now speak as well.  They maintain customs and wear clothing that are anathema to the society that surrounds them- to the state that wishes they’d just forget the Diaspora.

As I headed to a bar to meet a bunch of LGBTQ olim like me in Tel Aviv, I couldn’t help but think of what we have in common.  To hold onto your identity is a daily challenge.  When people around you ridicule you for your difference, for standing out, for being “out of the norm”- you have to find ways to cope.  So perhaps to the chagrin of some homophobic Haredim (not all) and some anti-religious gay people (not all)- we’re dealing with a much more similar problem than they’d like to believe.

Recently I saw a post in a Facebook group about Ramat Gan, a suburb that is squished between Tel Aviv and Bnei Brak.  There are political and religious tensions there between secular and Haredi Jews.  One particularly harsh post by a secular gay guy said: “Ramat Gan- we need to choose between Bnei Brak or Tel Aviv.”

That’s how he chooses to live his life.  Black and white.  Yes or no.  Secular or Orthodox.  Tel Aviv or Bnei Brak.

I have no doubt something caused this mentality and I hope he finds healing.

Because given the choice between Bnei Brak and Tel Aviv- I choose both.

In short- gam vegam.  Both this and that. 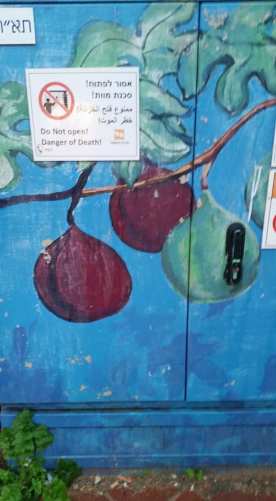 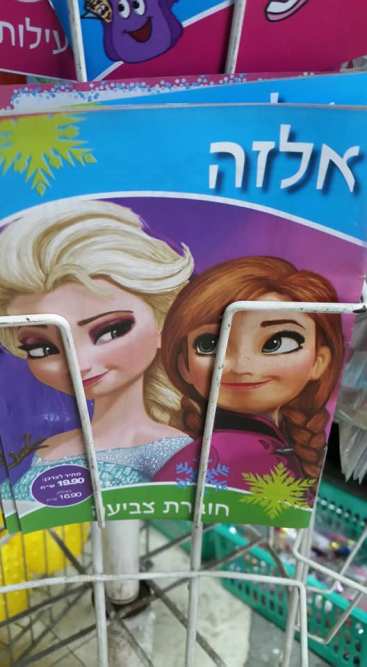