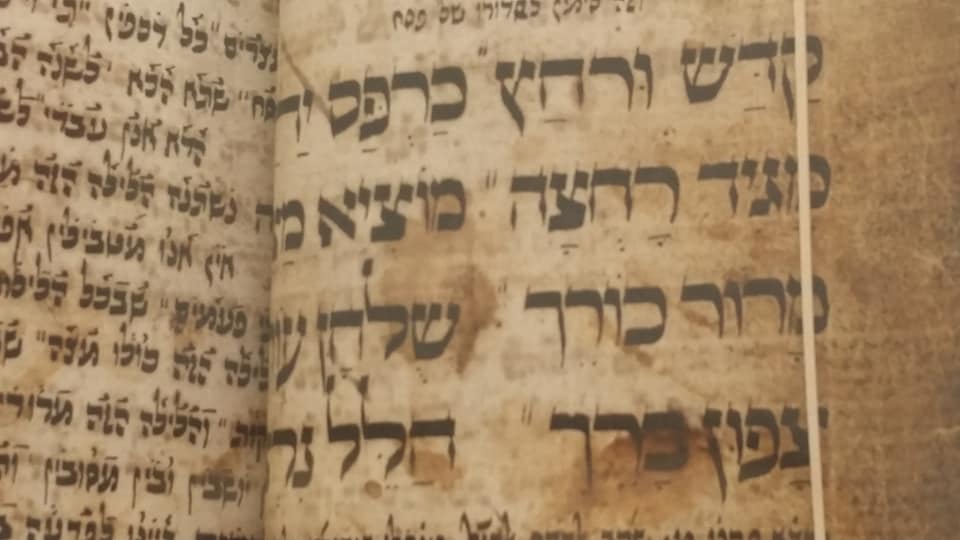 This week will mark Israel’s 70th birthday.  If she was a Jewish lady in South Florida, she’d be relaxing by the pool playing mahjong telling her grandkids to visit.  She has matured and grown into herself.  Confident and stronger than ever.

One of the ways Israel really failed in its early days was with regards to cultural diversity.  In particular, Jewish diversity.  I’ve talked about it with regards to Yiddish and Mizrachi cultures.  And the rather egregious stereotypes the early Sabras (and some today) spread about Diaspora Jews.  I understand the challenges facing a new state under attack seeking unity to protect itself, but at times the State was overzealous and ended up hurting its own people.

What I’m happy to say is that despite the challenges that still exist, Israel has grown into its diversity a bit.  Its diversity, which I see as one of its greatest assets.

I’ve written extensively about how the State has worked against this diversity and today I’m excited to share how in some ways, that has changed for the better.

Today, I went to Rehovot, a city outside Tel Aviv.  My friend studies at the Weizman Institute there, so before meeting him for dinner, I headed to the Yemenite Heritage Museum.  I can’t recommend this museum highly enough.  While you’ll miss part of the content without Hebrew, it’s still worth checking out.  And if you speak Hebrew, you’ll get a deeper glimpse into a several thousand year old heritage worth exploring.

Rehovot is one of those places in Israel where even Israelis will say “there is nothing to see”.  But they are wrong, as you’ll see.  Because exploring, finding wonder in the world is not just about where you go.  Though certainly some extraordinary places will inspire even the most cynical of people.  Discovering the awe that surrounds us, the interesting, the curious- that’s about how you see where you are.  With an open heart and a curious mind, there are sparks of meaning and light in every town on this planet.  In unexpected places.

As I wandered the museum, I learned about the history of this ancient community.  I was already a fan of Yemenite music back in the States and recently went to a Yemenite store in Bnei Brak to get more of it.  Yemenite Jews have several unique dialects of Hebrew, Judeo-Arabic music and literature, extensive Hebrew poetry, special clothing, folk dancing, and all sorts of other cool culture.

I learned at the museum that as far back as 400 years ago, Yemenite Jews, who I had assumed were pretty geographically isolated, were in direct contact with Jews in Israel.  Rabbi Zecharia Dhahiri traveled all the way from Yemen to Jerusalem, Tsfat, Hebron, and Tiberias.  He met with famous rabbis and even brought back their mystical Kabbalistic influence and prayer styles.  And rabbi after rabbi continued to visit our homeland and some Jews even moved there, well before the establishment of the State of Israel.

The Jews’ presence in Yemen is documented from 110 B.C.E. although it may go back even further.  They have been there since before the Islamic conquest and before the peoples of the country were Arabized.  Alongside Hebrew for prayer and learning, they spoke a unique Judeo-Arabic dialect which some still speak in Israel to this day.

In the mid-20th century, amid pogroms and anti-Semitic violence, Yemenite Jews were airlifted to Israel en masse.  Many Yemenite Jews and Muslims remember their two millennia relationship with love and longing.  I have a number of Yemeni Muslim friends who have great relationships with Jews.  Unfortunately, Islamic extremists and Arab nationalists had to ruin that, just like they are ruining Yemen itself today.

Walking around the museum, I was in awe at the Shabbat candle sticks, the Havdalah spice boxes, the circumcision knife- in short, all the ritual objects we share.  And that they did in their own special way going back many centuries.

What most struck me, as is often the case, were the books.  Jews are the People of the Book- that’s even what we’re called in Islam.  After 2,000 years without a state, our empire, our knowledge, our territory became the written word.

The museum includes some very, very old books.  Including Torah scrolls hand-written in Yemen over 500 years ago.  Brought to Israel and saved amidst the chaos of 1950s anti-Semitic violence.

One book in particular struck me.  It was a haggadah, a book Jews all around the world use to tell the Passover story at our Seders each year.  The haggadah text itself is believed to be 1700 years old, possibly older.  Its sources rooted in the Torah itself, going back hundreds and hundreds of years before.

The page the haggadah was turned to was one that I immediately recognized.  It begins “kadesh, urchatz, karpas, yachatz…”- it is the 15 part step-by-step recitation of what the Seder will include.  A kind of preview or table of contents.  Here’s what it sounds like when a kid sings it 😉

Anyone, and I mean anyone, who is Jewish and goes to a Seder will hear this.  And if they practice the religion at all, they will know it.  It doesn’t matter if they’re Moroccan or Ashkenazi or Yemenite or from Transylvania.  This is shared meaning.

What’s so astonishing is that we kept it all alive and preserved the same text for almost two millennia.  Like the Torah itself.

As Yom Haatzmaut, Israeli Independence Day, comes upon us- I ask this question.  If Jews are not from this place- from where I sit writing this blog now- how do you explain why we all prayed in the same exact language for 2,000 years in the Diaspora?  In places without Whatsapp or Facebook to check in with each other.  And in a Semitic language- a language quite obviously from here and directly related to Aramaic and Arabic and Amharic.

There are those who try to discredit the Jewish people’s connection to this land and to each other.  They claim Ashkenazi Jews are Greek converts- or Turkish (competing theories that might make both of those countries laugh given their tortured relationship).  They claim Ashkenazi Jews and Yemenite Jews aren’t related- even though we have particular, unique vowel sounds we share in common in Hebrew not heard in other communities.  Despite being separated by an unforgiving geography.  They claim we’re simply a cooked-up movement with no real connection to this place.

And they are wrong.  Besides various genetic studies that have shown disperse Jewish communities to be related, and the fact that a Druze friend says I look like someone from his town not an American, despite the fact that in America people are more likely to think I’m Latino than white.  Besides our genetic diseases and our curly hair that reminds me of my Lebanese friends.  Besides the fact that we sometimes look a lot like our Arab and Palestinian neighbors here.

They still say we’re not from here.

Well, to be fair, we’re a mixed people.  There have always been converts to Judaism.  There’s no such thing as a “pure people” on this planet- a concept so racist and absurd I hope we can leave it aside.  My own DNA kit analysis shows me to be 91% Ashkenazi, with several percent coming from Asia Minor, Eastern European non-Jews, and oddly enough South Asia- I do like a good chicken tikka masala.  And have been known to have some killer Bhangra moves.

Some of this test is statistical white noise, though I used some other advanced sites to decipher the data.  What was most fascinating was that even though my ancestors immigrated to America from Eastern Europe, my DNA was closest to that of Mediterranean people such as Cypriots, Lebanese, Sicilians, Greeks, Kurds, and even Palestinians.

Palestinians themselves are likely to have some Jewish blood.  The few Jews who managed to escape Roman expulsion sometimes converted to Christianity.  Some of them converted to Islam later.  And were Arabized or mixed with the conquering Muslim tribes.  It’s not for nothing that sometimes I’ve hit on Arab guys here thinking they were Jewish.  And in the end, not really caring too much either way because they were pretty hot 😉

My point is we’re all mixed.  And given the history, both Jews and Arabs are tied to this land.  And even related to each other.

I can understand the Palestinian fellah, or peasant, who saw masses of Jews returning to join their brethren living in Israel.  And felt confusion, nervousness, and sometimes anger.  What was this all about?  Why are my landlords in Lebanon selling my land?  Who are these people?

So let me explain.  We’re here because we’re from here.  We were kicked out, against our will- and not because of you.  Although sometimes we took our anger out on you.  The Babylonians and then the Romans oppressed us and dispersed us around the world.  Where we kept praying in our holy tongue- a language completely unrelated to most of the cultures that surrounded us, at least in Europe.  We kept celebrating the same holidays and even using the same book on Passover to retell the story of our redemption.

Why would we come to this place if we’re not from here?  I can think of 10,000 calmer, richer, more peaceful lands for us to (re)settle in if it was simply a matter of escaping persecution.  And persecution there was a lot of.

We’re here because it’s home.  Because there are Arab villages named after Hebrew words that make no sense in Arabic.  And there are now Israeli villages that replaced prior Arabic names with similarly-sounding Hebrew words.  In my own neighborhood, Kfar Shalem comes from the Arab village “Salameh”.

Jews lived in this land before Arabs were even a people.  And there were other peoples here before the Jews.  And the Arabs came after the Romans expelled most of the Jews.  And generally treated them better than Europeans did.  And some Jews managed to stay here despite it all.  And now we’re back in a big way.

Jews are from here.  The English place names for various holy cities here derive from the Hebrew.  Jerusalem from Yerushalayim.  Hebron from Hevron.  Bethlehem from Bet Lehem.  Safed from Tsfat.  This is not a modern phenomenon, it’s from our Bible and our history.

Arabs are now from here too.  Even if they arrived in the 700s, that’s still a solid 1300 years.  Now we’re back and living together in the same land.  All too often in hatred and violence, though in smaller quantities that people outside this land realize.  There is true beauty here you’ll never read in a public policy paper or in the New York Times.

So on Israel’s 70th birthday, I say “hooray!”  We’re home.  Like the Yemenite haggadah and my own haggadah says, we escaped persecution and made it to our Holy Land.  We’ve been reading it separately for 2,000 years and now I can go to a museum, chat with Yemenite Jews, and feel like I’m back at a family reunion.  What a miracle.

As we enter year 71, let’s remember our history and acknowledge the history of our neighbors.  On both sides.  We share this land- whether we want to or not, we’re both here and we’re both, in our own unique ways, from here.

Happy Birthday Israel!  We deserve it.  To my Palestinian friends- I can understand if this is a day of sadness for you.  I hope one day we can find something to celebrate together.  In the meantime, I’m going to party.  This year, with a bit of a Yemenite step 😉