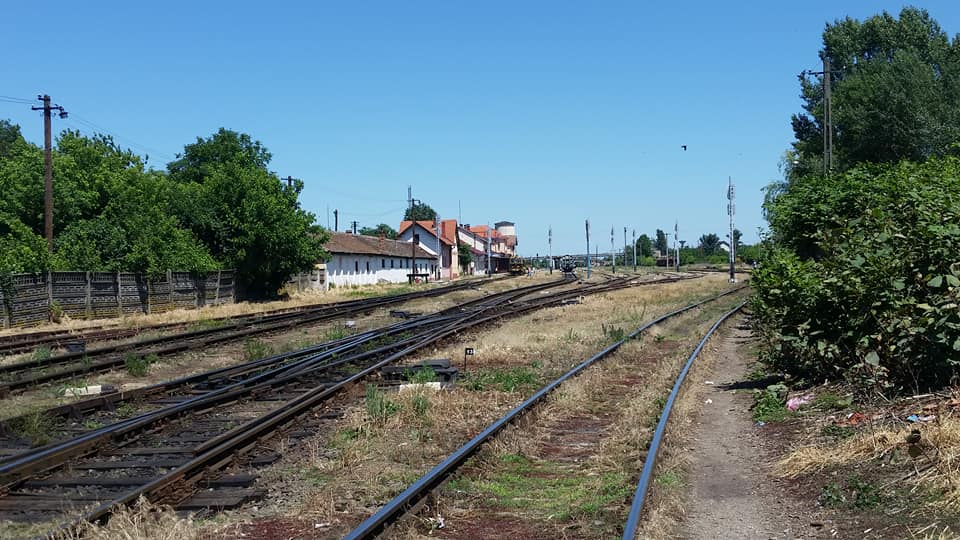 I just got back from an amazing trip to Hungary and Romania.

The blessing of living in Israel is that we’re so close to many other countries and it’s cheap to travel there.  My roundtrip flight was $90.  And I got to see my ancestors’ heritage up close- I’m part Hungarian and Romanian!

Two of my great-grandparents were from Hungary and one from Romania.  They immigrated to the U.S. in the late 1800s, about 130 years ago.  Nobody from my family has been back until now.

When I booked my travel, I was excited.  And then I got nervous.  Even a cursory glance at Jewish news will reveal anti-Semitism is alive and well in Europe, including in the East.  Where it has thrived for centuries– one of the reasons my ancestors left.

I almost didn’t go.  I needed a relaxing trip and I was worried that with the Holocaust sites (which there were many), the potential animosity, and even homophobia, it wouldn’t be so fun or safe- emotionally or physically.

In the end, I decided to go.  And I had a life-changing, amazing time.

First off, I went to the least touristy places in both countries.  Debrecen and Satu Mare, in Hungary and Romania respectively, are no Budapest and Bucharest.  They are beautiful and special in their own ways, but there are no people hawking tchotckes and souvenirs.

I kind of liked that, especially for a short trip.  Almost no tourist information was in English and few people spoke it.  Which, surprisingly for a multilingual person like me, made it kind of fun.  Using basic vocabulary, I was able to get around and actually have some nice conversations with people.  On a basic level and it helped me avoid anything precarious.  Although interestingly enough, in just three days, I used French, Portuguese (in both countries), and a bit of Catalan.  If you know Romance languages, you can piece together something intelligible to a Romanian.  Pretty cool 🙂

There’s something relaxing about not knowing what everyone is saying.  Could be perfectly nice stuff, could not be, but not knowing was kind of nice.  I was able to engage meaningfully- I visited Jewish cemeteries, synagogues, and community offices.  Churches, restaurants, a farm, a romantic train through the countryside, and a university.  And I did talk to people- lightly and meaningfully.

And I have an interesting insight- I did not experience a single act of overt anti-Semitism.  And I told everyone I was from Israel.  And had roots in their country.  In fact, the only reaction other than a polite or neutral one was enthusiasm!  One teenage kid with amazing English- he learned from movies and music- said “wow, that’s cool!”  At a time when Jews are being physically assaulted and politically battered in such “liberal bastions” as the Netherlands, Britain, France, and Germany- not one negative comment.  Not from a young person or an old one, an English speaker or not.  I felt relaxed- and surprised.

It’s not because I’m under the illusion that there is no anti-Semitism- there is pretty much everywhere.  Find me a place without prejudice, and I’ll give you a lifetime of goulash.  The Jewish press does an important job in reporting anti-Semitism in Eastern Europe, especially to protect our heritage sites.  Yet I wonder if by mainly reporting the bad stuff, Jews are left with a distorted impression of how these societies really are.  Today.

Because I was given a tour of a Hungarian Jewish cemetery- by a Protestant woman.  Who when I showed her a tombstone of a potential relative who was murdered in the Holocaust (which I did not expect), her face showed deep empathy.  When I told a young Hungarian woman visiting from London (who spontaneously invited me to sit with her at a restaurant- so nice!) that I found that tombstone- she also appreciated the gravity.  And then we went back to laughing with her and her two Brazilian friends about how she should make a YouTube channel of her silly catering stories.

When I told a Romanian guy I was there to exploring my Jewish Romanian roots, he said: “that’s really cool to come explore your heritage”.

Keep in mind these comments were during a time when Israel was in an active conflict with Hamas in Gaza.  In fact, Hamas launched 70 rockets at Israeli cities while I was on the trip- which I didn’t even know until after.  God protect them.  And it was a relief to have a break from the stress of living in Israel.

While more than a few of my “liberal” friends in America and Europe bashed Israel on social media, I didn’t see a single graffiti, hear a single comment, see a single flag- nothing while I was on this trip.  People were warm and welcoming and I had a really meaningful time.

I may write several blogs about the experience because there is so much to say- singing in an empty Satmar synagogue, getting a private tour of a Hungarian-Indian-Italian-Japanese-Egyptian art museum, meeting Romanian Jews, staying on a farm, touring Reform and Orthodox cemeteries, visiting gorgeous churches, and of course eating delicious food.  Food which could sit on a Jewish deli counter in New York and look perfectly in place.  The sliced cucumbers in vinegar, the braided bread, the rugelach-looking pastries.  I may not speak Magyar, but I sure eat the same food.

For now, I want to leave you with an image.  To help you understand that for any continuing problems, the Hungary and Romania of today are not the same as those of old.

Judith, a Jewish community leader in Satu Mare who gave me a tour of the synagogue and cemeteries, was walking me back to where I needed to catch the bus.  The bus to Hungary.

The bus was from a train station.  Not any train station- the train station where Nazis and their Hungarian fascist friends deported 18,000 Satu Mare Jews to their deaths.  Including Judith’s uncle and grandparents.

It’s also where I caught my shuttle.  As the driver called out our names- and asked for our passports- I couldn’t help but feel a bit disturbed.  Who are you to ask for my passport?  I’m from here!  And just 80 years ago, when my ancestors’ names were being called out, when their papers were being inspected- it was to send them to their death.

The difference is that now, thank God, thank those people Jewish and non-Jewish who’ve made things better- the only roll call was to make sure we were in the car and had paid.

When we got to the Hungarian border, the police were pretty tough.  Hungary is known for having a strict border policy right now.  And they took a hard look at my Israeli passport.

I could tell the Romanians in the van were having a laugh at them too- there’s some tension between the two countries.  Although it barely registers on my radar living in the Middle East.

After a long stop, the border police called my name.  Nervously waiting to hear what they had to say (I can’t imagine what my ancestors felt)- he simply handed me my passport and said “have a nice trip”.

Boy how times have changed.  For all the balagan, or mess, politically in Hungary right now, or the continuing prejudice Jews may face- there can be no doubt how much better things are today nor how grateful I feel for being alive in these times.  Where I can hear my name called at the train tracks to Auschwitz to catch a van to my AirBnB.

Anti-Semitism is alive and real in Eastern Europe, even if I didn’t personally experience it one bit.  And people are people.  Here’s the incontrovertible fact- I felt safer being an Israeli and a Jew in the Hungarian-Romanian borderlands than I would at a liberal arts college in the United States.  The former a place I was taught to fear, the latter a place I once called home.

But I suppose home is not just where you sleep.  It’s where you breathe, you love, you learn, you grow, you smile, even cry.  And I have a message: Romania and Hungary, you’re one of my homes again.  My family has been gone for a long time, and you surprised me with your warmth.  Thanks for the chance to visit- I have a feeling I’ll be back.

In the meantime, keep that braided bread ready for me.  I’m excited to see how it tastes on a Friday night compared to my challah.