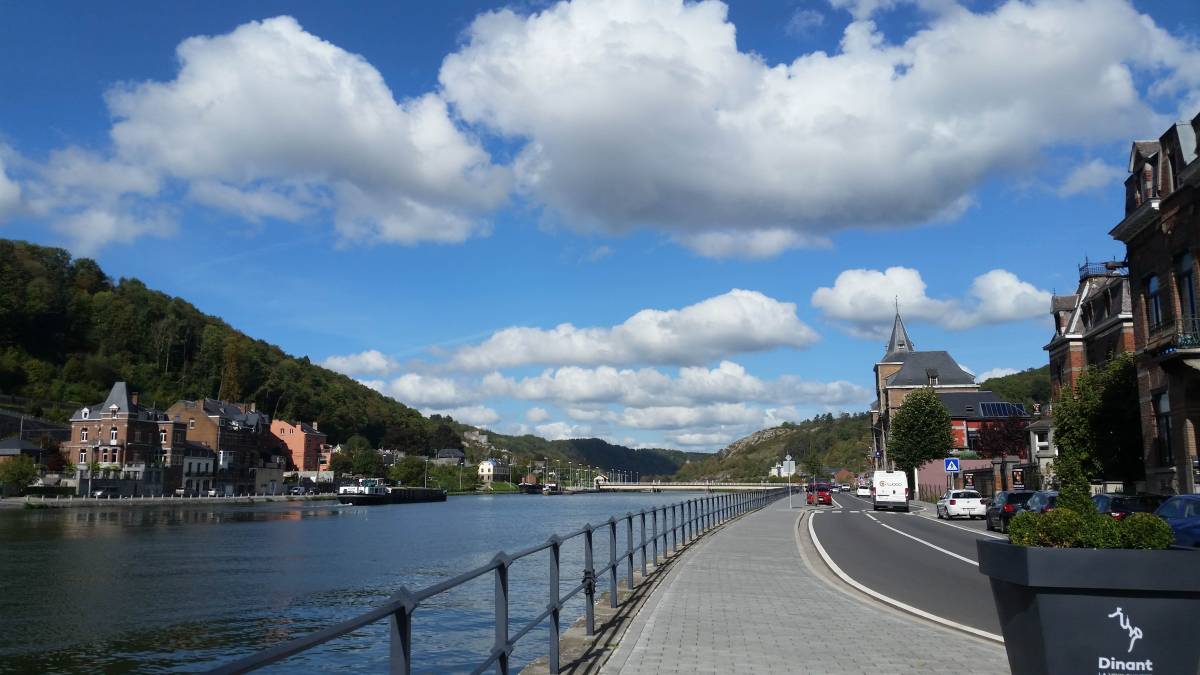 Gratitude is not an easy concept when you’ve been through a lot of hard experiences.  I’m not someone who falls for the “what doesn’t kill you makes you stronger” or “it happened for a reason” ideas.  Some people find those valuable, and from time to time I suppose I can too, but I don’t think it’s a useful organizing principle.  What doesn’t kill you can still hurt and wound you and create painful consequences.  Everything “happens for a reason” but I don’t necessarily buy that it was preordained nor that good can only come out of evil or harm.  Something bad doesn’t have to happen in order for good experiences to be enjoyed later.  If it’s something you’ve come to the conclusion of, then that’s fine.  It’s not for everyone or for every experience- and certainly not an idea to push on others feeling pain.

Gratitude is a difficult but important concept.  And two stories come to mind when I think of the ways in which I’m fortunate.

One time in Belgium I felt someone else’s gratitude open my heart.  I was in the village of Dinant in the French-speaking region of Wallonie.  I had dreamed of going to Belgium for years.  I love tiny countries, especially multilingual ones like Belgium, and it’s a great place to speak French.

I was trying to get directions somewhere and I asked this older woman for help in French.  She gruffly pointed and told me where to go.  It wasn’t a very pleasant experience.  As any solo traveler knows, relying on locals for help and kindness is a crucial part of making your adventure a success- and feeling good.  And I wasn’t very happy with how she treated me.

My French is quite good, so I thought perhaps she thought I was a tourist from France, and maybe Belgium and France have some sort of rivalry.  Maybe she was old and miserable and in a bad mood.  I really wasn’t sure- I just knew I didn’t really want to be around her, so I made my way up a funicular to the top of a cliff to see the town from above.

It was a beautiful, beautiful place. 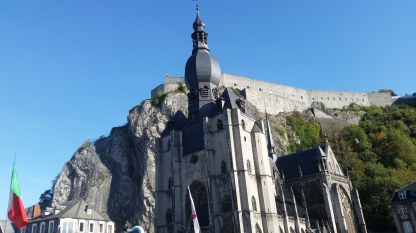 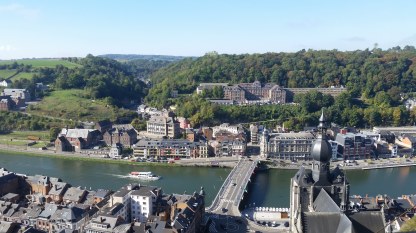 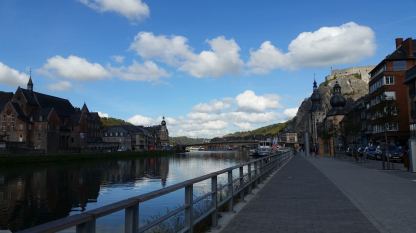 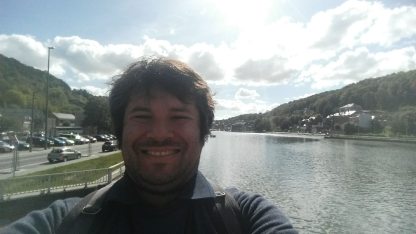 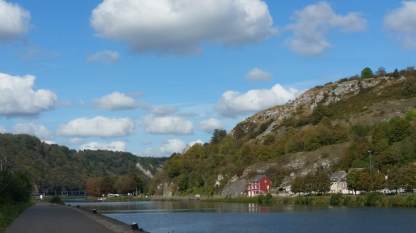 After chatting with some other tourists, I made my way down.  And who did I see at the bottom of the cable car?  The grumpy woman.

She approached me, perhaps feeling guilty for her rude behavior earlier, and we chatted for a moment in French.  She pointed me towards an interesting village she had mentioned earlier.  And asked where I was from.

While during my travels I sometimes vary in whether I say American, Israeli, or both, this time I decided to say American.

And her eyes lit up.

She thanked me.  Thanked me?  For what, you might ask?  She is from a generation of Belgians that remembers the sacrifices Americans made to protect their country in both World War I and World War II.  Sacrifices like those of my great uncle Barney.  For those who don’t know, Belgium was a battleground in both- and large parts of its countryside laid desolate and decimated.  The graveyards are still present to this day, often flanked by American and British flags.

Her gratitude was palpable.  It was a beautiful moment, one which I totally didn’t expect.  Traveling as an American or Israeli abroad is often tricky, especially in Europe where both logical and deeply illogical negative reactions abound.  Before I have a chance to share who I am as a person.

In this case, I felt nothing but love.  It was this immediate bond and I thanked her for her kind words.  She then, like a cute little grandma, made sure I knew exactly how to get to the next village and even followed me for a bit just to help.

It’s stories like these that make you realize the power of a word.  Her gratitude made my day so much better.  I’m thankful for people like her, willing to open their hearts to a stranger.

Stranger is one of the most repeated words of the Torah, for those who don’t know.  The commandment to welcome the stranger is so incredibly present in the text.  And Jews, as one of the most mobile people on the planet, have often been treated as “the other”.  As strangers, sometimes even centuries after our arrival.

Which makes my second story all the more important.

I found myself in Ljubljana, Slovenia.  I hadn’t really come to this country for its Jewish community- it numbers only 1,000 and its main historic synagogue which I wanted to visit was quite far from the capital city.  I really came to this country for its mountains- and mountains it really does have.  It’s the second greenest country by percentage of land covered in forest after Finland. 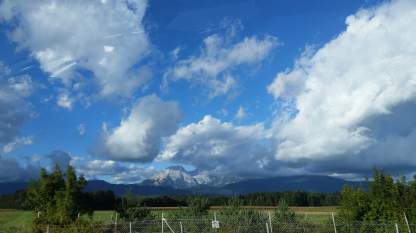 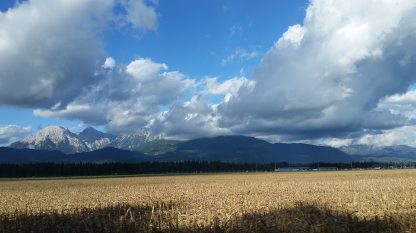 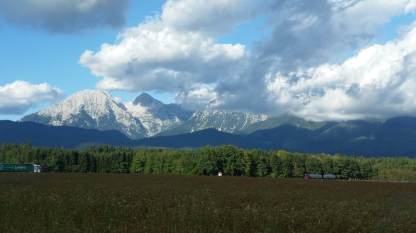 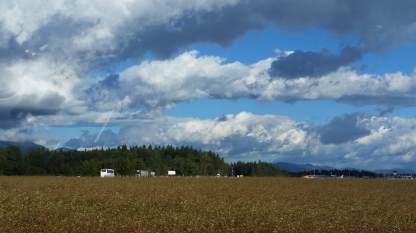 I spent about a week in Ljubljana and at this point in my journey, I started feeling a bit lonely.  Lonely not only because traveling alone can be hard, but also because I saw a Hitler salute in the middle of the town square.  While I wouldn’t want to suggest that most Slovenians are anti-Semitic, the experience of seeing a teenage boy dabble in Nazism in front of my face at noon in the town square was horrifying.  While in the end I didn’t feel physically unsafe, I certainly felt alone and kind of sad.

Which led me to seek out Jewish community.

I googled and found the local Jewish museum.  Being originally from D.C., I think of the Smithsonian or other large institutions when I hear the word.  After traveling to other countries (and other American cities), I realize how lucky I was to grow up with such a dazzling institution for free at my doorstep.

Because this museum was a simple two room set up.  The size of an apartment.  Yet its power is much greater than its size.

In a country with only 1,000 Jews, the most prominent message displayed in this little space was one of tolerance and interfaith dialogue. 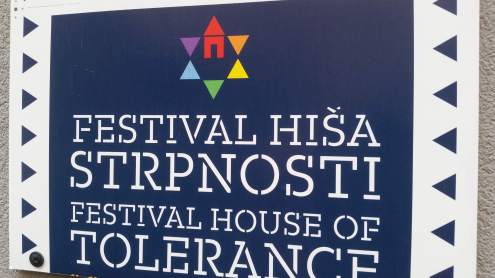 It really astounded me.  I think if I lived in such a small community, while I would want positive relations with my neighbors (who in some cases collaborated with Nazis- so not an easy feat), my focus would be on Jewish continuity.  I would probably double down on building strong Jewish-centric institutions.

Yet this museum managed to find a delicate and thoughtful balance between introspection and outward engagement.  There were old relics of Torah scrolls and ritual objects and histories of the Jewish community.  Right alongside the very active programming the center does to engage the broader Ljubljana community in educating not only about Jews, but generally building a cultural of tolerance for all.  It’s a complex and nuanced approach to Jewish community that far exceeds the size of the building.  It’s one that much larger communities continue to grapple with- where does the particular intersect with the universal- if at all?

All of which made me feel both impressed and grateful.  Impressed at how this tiny community had taken such a small space and turned it into a meaningful educational endeavor.  At their resourcefulness and at their interconnectedness.  All in the space of two rooms.  You don’t need fancy equipment or huge fundraisers to make a difference- you need willpower and a strong moral fiber more than anything else.

My gratitude goes to the Jewish Museum of Ljubljana for reminding me of this lesson.  And it made me even more grateful to be part of the two largest Jewish communities in the world- America and Israel- where we have so many resources to explore our identity and pass it on to the next generation.  Something we should not take for granted.

To be part of these communities is a privilege that some Jews don’t enjoy.  Some Jews have fewer members of our tribe in their country than live in just one American suburb or an Israeli kibbutz.  Yet, as the Jews of Ljubljana show, it is possible even with such a small, dedicated group of people to make a difference in the world.

May they continue to remind me, and all of us, of the power of one.  Of the power of a small group.  Of the spirit of the Jewish people.  And, in the case of the woman from Belgium, the power of just one word to change someone’s day: thanks.