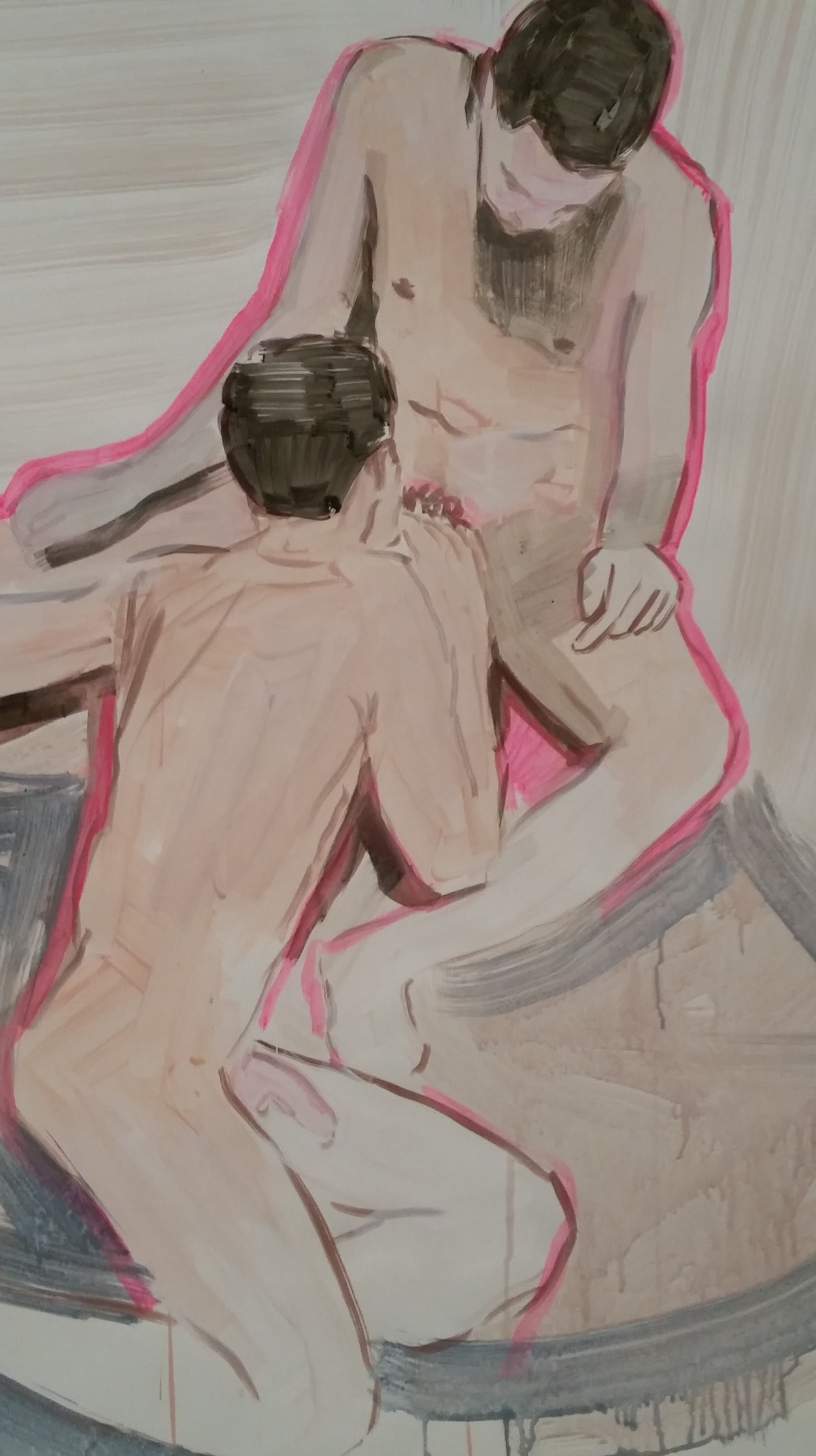 Many of them wear Star of David necklaces or sometimes yarmulkes.  And they speak the language of the Torah as their bodies gleam effortlessly in the sun.

It is a true paradise.

That’s not because American Jews aren’t sexy- there are a lot who are!  It’s because the society we live in has told us we’re not and I think we’ve internalized it to a degree, as can be seen in items like the semi-satirical “Nice Jewish Guys” calendar.

Here, that doesn’t exist because we built this society.  The other day, I went to a gay beach in Tel Aviv.  So in other words, other than a few tourists, a gay Jewish beach.  The world’s only gay Jewish beach.  And it was amazing.  Besides the loads of hot guys, I just felt like I could be myself.  I didn’t feel self-conscious speaking Hebrew among gay people or speaking Yiddish to my Israeli friend who came along.  And I didn’t feel self-conscious about looking at the hot guys in a Jewish environment.

Since arriving 3 weeks ago, I’ve been to a gay rights rally, visited a gay art exhibition (including the cover photo for this blog), made friends with a lesbian rabbi, participated in an Orthodox LGBT Torah study group, started living with a lesbian couple, and so much more.  I can’t even think of them as separate items anymore because I don’t have to go out of my way to do them- they are just a part of my life.  As they should be.

For most of my life, my Judaism and my sexuality have felt like two separate worlds.  Identities that aren’t supposed to touch.  Here, in Tel Aviv, they are so intertwined that it finally feels natural.

One thought on “Sexy Jews”