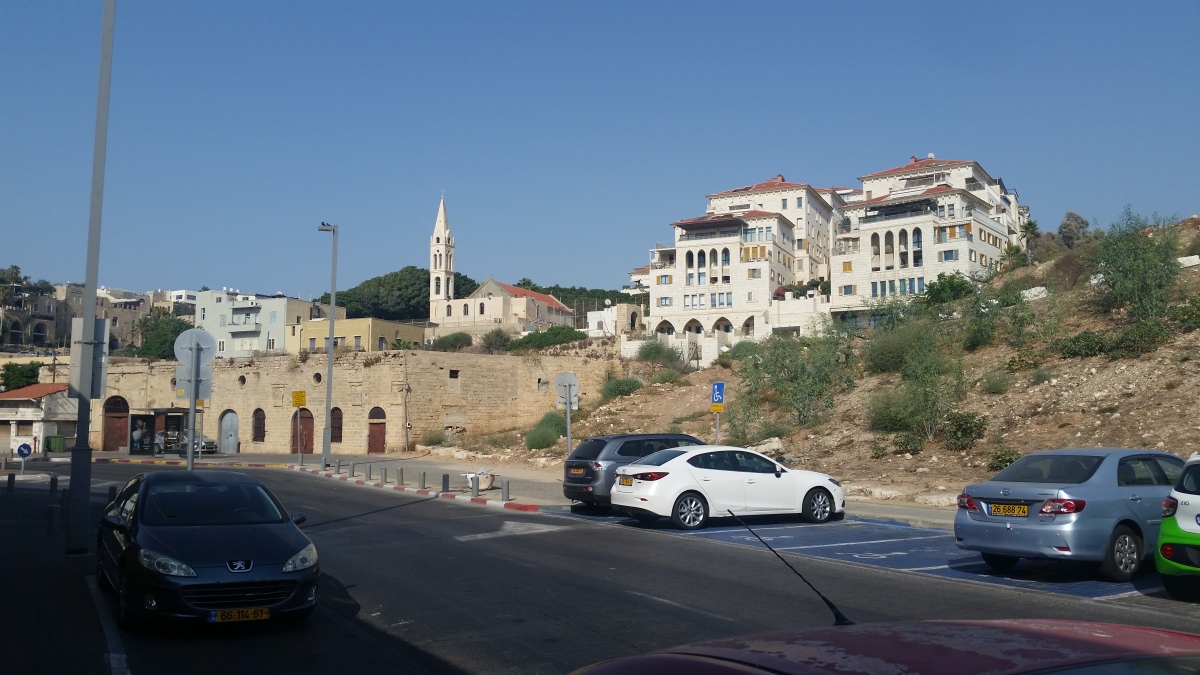 Last night, I heard my first really racist comment in Israel.  Some people might be surprised at this.  Americans might think that people are way more racist here than they are.  And Israelis might think I might be deaf.  But the reality is, I have heard racist comments here, but this one felt more real.  It wasn’t just a comment, it was a diatribe and it was backed by a lot of emotion.

The very long story short is I was talking to a young guy, around 30 years old, Israeli Jew of Middle Eastern descent.  His entire point of view could be summed up in one comment he made: “Not all Arabs are terrorists, but all terrorists around the world are Arabs.”

There are variations of this phrase around the world.  Some people replace Arab with Muslim.  It is not a uniquely Israeli phrase, as any Google search will show you.

I was disgusted.  I vigorously pushed back against his thinking but it didn’t change his mind one bit.  It didn’t matter how many times I explained about non-Arab terrorists in America or Myanmar or Ireland or anywhere else.  This guy was inconvincible.

Anyone who knows me knows that my Zionism, that my Jewish identity, that my very way of interacting with the world is predicated on finding something to love in different cultures, not trashing them.

Feeling thoroughly discouraged, today I hung out in Yafo.  Yafo is a predominantly Arab town in the Tel Aviv municipality and it has an extensive multicultural history that includes everyone from Jews to ancient Egyptians to Greeks to Arabs.  I needed to be with my people- and today, that meant Arabs.

I talked with a new friend Samir at my baklava hangout.  A nice guy with mostly Jewish friends and an open mind.  Also some delusional thoughts about whether ISIS really attacked Barcelona (because “who are they?”).  And he didn’t believe that terrorists in the West Bank get paid for their acts (they do).  At the same time, he is extremely opposed to Palestinian terrorism and all violence.  And also radically not a radical- he said he won’t even go to Mecca in Saudi Arabia, even though his religion demands it, because he’s so disgusted by their extremist and corrupt government.  I left semi-encouraged, though also feeling like there’s a lot of work to do here.

I wandered through Yafo eating Palestinian potato chips, hoping that eating a snack from Hebron would help me heal from the turmoil.  I decided to head to the sea.  I always find some quiet and nature calms my mind.  I had been feeling distant from God and spirituality and kind of hopeless.  The waves gave me some respite and a connection to the bigger things in life.

Then I noticed the most interesting graffiti.  It said in Hebrew “Ramsey loves Natali”.  To most people, this might just look like an ordinary graffiti.  To me, it was absolutely beautiful.  First off, Ramsey is an Arabic name and Natali is kind of a universal name, though my guess is this girl is Jewish because the graffiti is written in Hebrew.  So most likely a Jewish-Arab romance, which is heartwarming.

And there’s much more to it.  Almost two years ago, my friend Jad passed away.  I grew up with him in Maryland and he was my first Arab friend.  I had had other Arab acquaintances at school, but he was the first person I really connected with.  I learned a lot from him about his Lebanese culture and seeing as how he grew up in a suburb that’s 30% Jewish, he learned a lot about my culture too.  I remember him telling me he could understand a lot of the words at our friends’ Bar Mitzvahs because of his Arabic.  I was so sad to hear of his passing.  You can learn more about what his friendship meant to me in a blog I wrote at the time.

Jad’s younger brother, who I always remember hanging out with after our soccer games- his name is Ramsey, just like in the graffiti.  At a time when I’ve found it hard to bridge the distance between my past life in America and my current Israeli life, I felt like this graffiti was a spiritual lifeline.  A message from God and Jad that hope is found in the most unlikely places.

In my blog after Jad’s death, I wrote: “Just as Jad opened my eyes to his culture, I will make an extra effort to advocate for peace and understanding between Jews and Arabs.”

I love all cultures and all peoples.  There are good and bad individuals (and many in between) everywhere.  With every conversation I have, with every blog I write, with every song I sing I am keeping my promise I made to Jad.  To find people of good faith, an open heart, and willingness to listen no matter what their background.  To laugh with them and to make the world a better place.

I will be the hope this place needs.  Join me.

One thought on “When God speaks through graffiti”