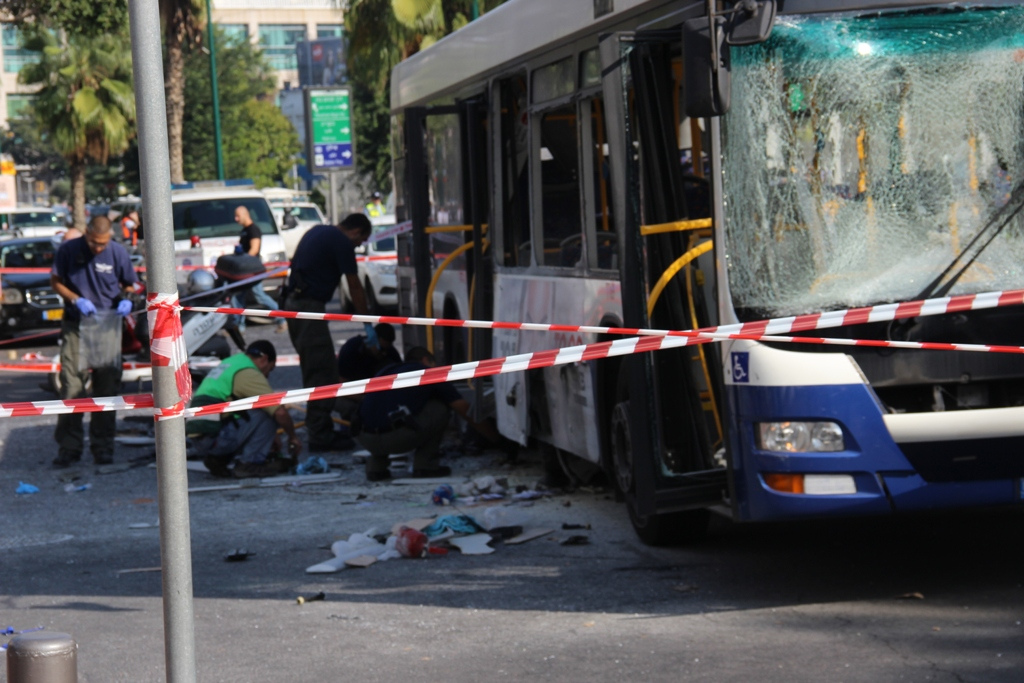 Israel is an exceeding loud country.  I’ve lived in big cities for most of my life and I speak 8 languages, so I’ve traveled.  And nothing- I repeat nothing- comes close to the noise of this place.

I live in South Tel Aviv, perhaps the single loudest part of Israel.  When people greet each other here, standing inches apart, they shout “shaloooooom!” as if they were down the street.  I go to Shuk Hatikvah, my local market, and it is super loud.  I’ve gotten used to it.  People are simply hawking their goods- cucumbers, dates, you name it.

One day, I heard screaming so loud in front of the market that I actually didn’t cross the street.  I was afraid something was “going down”.  And to be fair, if there’s one neighborhood of Tel Aviv where that’s likely to happen, it’s mine.

I paused for about 30 seconds looking anxiously.  The man was selling tomatoes.

Add to this that I live on the flight path to Ben Gurion Airport, with planes flying at all hours of the night.  And the fact that my neighbors blast Mizrachi music every morning (which I actually like to wake up to).  And basically, I’m used to loud noise.  It’s my home.

I’m also now a bit more accustomed to the idea of terrorism.  In America, terrorism is a far fetched concept.  Unless you lived in Lower Manhattan on 9/11, you haven’t really experienced a massive attack.  There have been smaller, very deadly shootings for sure.  Sadly, even last week at Google.  But not on the scale of what Israel has experienced.

According to one source, Palestinian terrorists have killed 3,759 Israelis.  Here’s a list of the major attacks since the 1990s.  Adjusting for population, this would be the equivalent of 740,227 Americans.  More than all the American soldiers who died in World War I and World War II combined.  There continue to be terrorist attacks on a regular basis, mostly ignored by the Western media bent on a simplistic black-and-white view of the region.  That does Israelis and Palestinians a disservice.

This is, by the way, not an attempt to downplay the death and sadness experienced by Palestinians.  There’s enough tears to drown both sides here- to the extent that you can really boil this conflict down to two sides.  Which I don’t really agree with.

My point is simply that it can be stressful to be an Israeli.  The other day I was locked in my neighborhood library for 20 minutes while police neutralized a suspicious item outside.  It was scary, which I suppose is the point of terrorism.  It’s not just the killing, it’s that the way it is done is meant to inflict maximum psychological harm.

Today, I was relaxing at a neighborhood cafe.  While checking my loads of WhatsApp messages like a good Israeli, I heard the single loudest and most explosive noise I’ve heard in this land.  And it wasn’t just me.  Everyone- I mean everyone- immediately turned towards the sound, eyes wide open, and hearts skipping a beat.  You could just feel it.  Israelis are not easily phased.  You know that a noise isn’t a problem in Israel if no one is looking.  And you know it is if people drop what they’re doing and all start to stare.

Luckily, people started talking within a minute or two and realized someone’s tire on a motorcycle had blown out.  Everyone started smiling and let out a sigh of relief.  Mine was audible.

After recuperating for a moment, I did what people here do- I went on.  I went to the bathroom, I got some water, and I headed to a pizza place where I called a few friends and told the guy working there about my favorite American hip-hop.

And then went home on a very crowded bus where a small fight broke out and there was more screaming.  I guess on some level I was relieved it was the usual Hatikvah screaming.  And not that of people wailing over bodies spilling blood.

I’m grateful to be here writing this blog.  Thousands of Israelis weren’t so lucky over the past 70 years.  That’s right, my country has made it to 70.  The golden years, if it were an elderly Jew retiring in Florida.

I’m proud to be an Israeli.  I’m not always proud of what my government does or how all of our people act- just like I was when I lived in America.  Being proud of your country also means speaking out for what you believe- that’s democracy.

Yom Ha’atzmaut, Israeli Independence Day, is around the corner.  The decorations are up in my neighborhood and around the city.

I have a simple message for my friends abroad, especially my progressive friends in Europe and the U.S.  Empathize with us.  Don’t stop empathizing with Palestinians.  Just also empathize with us.

If you had bombs going off, attacks for 70 years, wars, and such a fear of these things that a loud tire bursting is enough to startle you- then you’d be a lot like us.

We don’t have the luxury of having massive rallies like they did in Barcelona after the 2017 bombings.  Because if we had such rallies every time someone’s child was split into pieces, we’d be doing nothing but rallying every day.

We have lives to live.  Understand that even the most eccentric Israeli behavior- or politics- has reasons behind it.  Whether it’s the right path or not, there is something that causes people to behave the way they do.  The way we do.

I’ve met some Americans here truly open to listening and to exploring all the good and bad of the cultures of this region.  Kudos.  I’ve met other foreigners who come and lecture me about my own people, my own religion, my own history.  Even flat out anti-Semites.

If you’re the latter- start your work at home.  With yourself, with your community, with your own country.  Americans have little to stand on when heaping sometimes aimless anger on Israel.  Every inch of your country was inhabited by Native Americans and you take it for granted that it now belongs to you.  I can personally say I know next to nothing about the Potomac Indians who inhabited the town I was born in.  And I’m at least aware enough to know they exist.

If you don’t think Jews are from here- you’re wrong.  Both we and Palestinians are connected to this land.  And we’re both a lot more connected to here than you are to Boston or Minnesota or California.  Because you’re not from there- you’re from Germany, France, Scotland, or Ireland.

And to the Europeans nodding right now- who do you think caused all of that?  Or even most of the problems in Israel and Palestine?  It’s you guys!  Who stole Jewish land, money, and lives on every inch of your soil for 2000 years. Who colonized the Middle East and stole its resources.  Me and my Palestinian friends are living with the consequences of your imperialism.  So stop munching on your free-range Swedish meatballs with an air of self-righteous “neutrality”.  Because the German Volkswagen you’re driving was built with the blood of my people.  And your British Petroleum is paid for with the blood of 405,000 Iraqi Arab lives.

In the end, none of us are entirely innocent and few are entirely guilty.  The effect of terror, at least on me, is that once the fear fades and my safety returns, the anger builds up.  Which is what I’ve shared with you today.  So try to understand what it must feel like on a national scale- when the explosion really happens.

I feel blessed to be an Israeli, and as I continue to settle in here, I’m not quite sure what it means to be an American going forward.  We’ll have to see.  I do know that I just want peace.

The kind of peace where I can live in my Jewish homeland without thinking that a blown out tire is going to be the last sound I hear.

One thought on “A Preview of a Terrorist Attack”