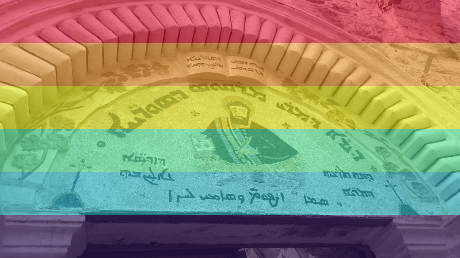 Lately, living in Israel has kind of sucked.  My government has turned into some sort of slimy festering poop mobile, spurting out nothing but shit whenever it opens its mouth.  A law against gay surrogacy, a law against the Arabic language, a law against non-Jewish minorities, arresting a liberal rabbi for performing a marriage, the list is almost endless.  Also, there’s something about pollution in the Mediterranean which I haven’t had the time to read about.  Plus the normal pressures of life here- like Hamas rockets and Iran threatening to obliterate us.  Not to mention thousands of Syrian refugees crowding our border trying to escape their murderous government.  A government that makes ours look like sheep.

When things suck here (yes, they sometimes really do- and if you’re considering moving here, you should be ready for that), I try to think of what I like about this place.  Am I just insane or did I find something here that makes me stand in awe despite all the idiocy that surrounds me?

And a story came to mind.  A few months ago, I went clubbing.  I love to dance and need to more often, but I don’t go clubbing that much.  I’m 32, I don’t have a lot of friends who like to club, and it’s not like I feel up for it every weekend.  It’s energizing and it takes a lot of energy.

But one weekend I went.  In the club, I was very friendly.  It was a gay night and there were tons of cute guys!  I’ve been so busy doing everything here- learning about Israeli culture, making friends, exploring identity, finding housing, getting important healthcare, and sweating a lot- that I haven’t dedicated a lot of time to men.  Although I am single- so if you’re cute and smart and like an adventure, hit me up 😀

But this night I did go out.  And in the club there is this very cute guy.  Very typically Jewish looking- yes we come in all shapes and sizes, but I mean that kind of “I know you’re a Jew from a mile away” look.  Typically Semitic.

I go over to him and start dancing with him.  Turns out he’s from Germany.  Surprise number one.  Because I speak Yiddish, I could communicate with him.  I wondered if he was a German Jew.

But as I got to talking to him, the surprises kept coming.  He’s German, but actually Iraqi.  His family became refugees after the absurd American war in 2003.

What’s particularly strange is why he was in Tel Aviv.  At a gay club.

Iraq and Israel have no diplomatic relations, so I presume he entered on a German passport.

But why did he look so Semitic?  I mean Arabs are Semites, so I spoke to him in Arabic and he said he understood a little.  Huh.  So maybe because he was born in Germany?

No.  He was born in Iraq.  I asked what languages he spoke.  German, some English, and- prepare to be in awe- Aramaic.

I was so turned on.  Intellectually and yeah, the other kind too.

You might be thinking, well duh, he’s at a gay club.  But many straight people in Tel Aviv go to gay parties.  And all of his German friends with him were straight.  In fact he wasn’t even out to them, which is why I’ll use the Aramaic pseudonym Michel when talking about him.

It was simply some sort of Semitic gaydar that allowed me to connect with him.

He loves Tel Aviv and actually came back for Pride.  It’s probably the closest Michel can get to a queer Semitic vibe, as his homeland is plagued with homophobic violence.

For me, this story is nothing but romantic.  Ancient cultures, beautiful languages, the unexpected- combining in one thrilling moment in Tel Aviv.  You couldn’t have written a sexier story if you tried.  Israeli independent film doesn’t even have the imagination to concoct such a scenario.

And there we were.  One gay Aramean Christian, one gay American-Israeli Jew.  But at a certain point, the labels didn’t matter.  He was cute and we liked to dance.

So that night in Tel Aviv reminds me of the unexpected surprises and glorious nuggets of hope that lie in this land.  A land tortured by fanatical power-hungry idiots who unfortunately run it.  And the psychotic neighboring powers who torture us and their own peoples.

For one moment that night, all of that didn’t matter.  Because I was dancing at a gay club in Aramaic.  And the 21 year old Matt who downloaded his first Iraqi Aramaic song a decade ago was smiling ear to ear.

Sometimes I yearn for a calmer life- in America, abroad, traveling, or even elsewhere in Israel.  Who knows where I will roam.  What I know is this kind of night- that’s what makes this place special.

p.s.- the cover photo is a Syriac church in Jerusalem.  If you can’t read it, it’s because it’s in Aramaic 🙂

2 thoughts on “The Aramaic-speaking gay Iraqi in Tel Aviv”