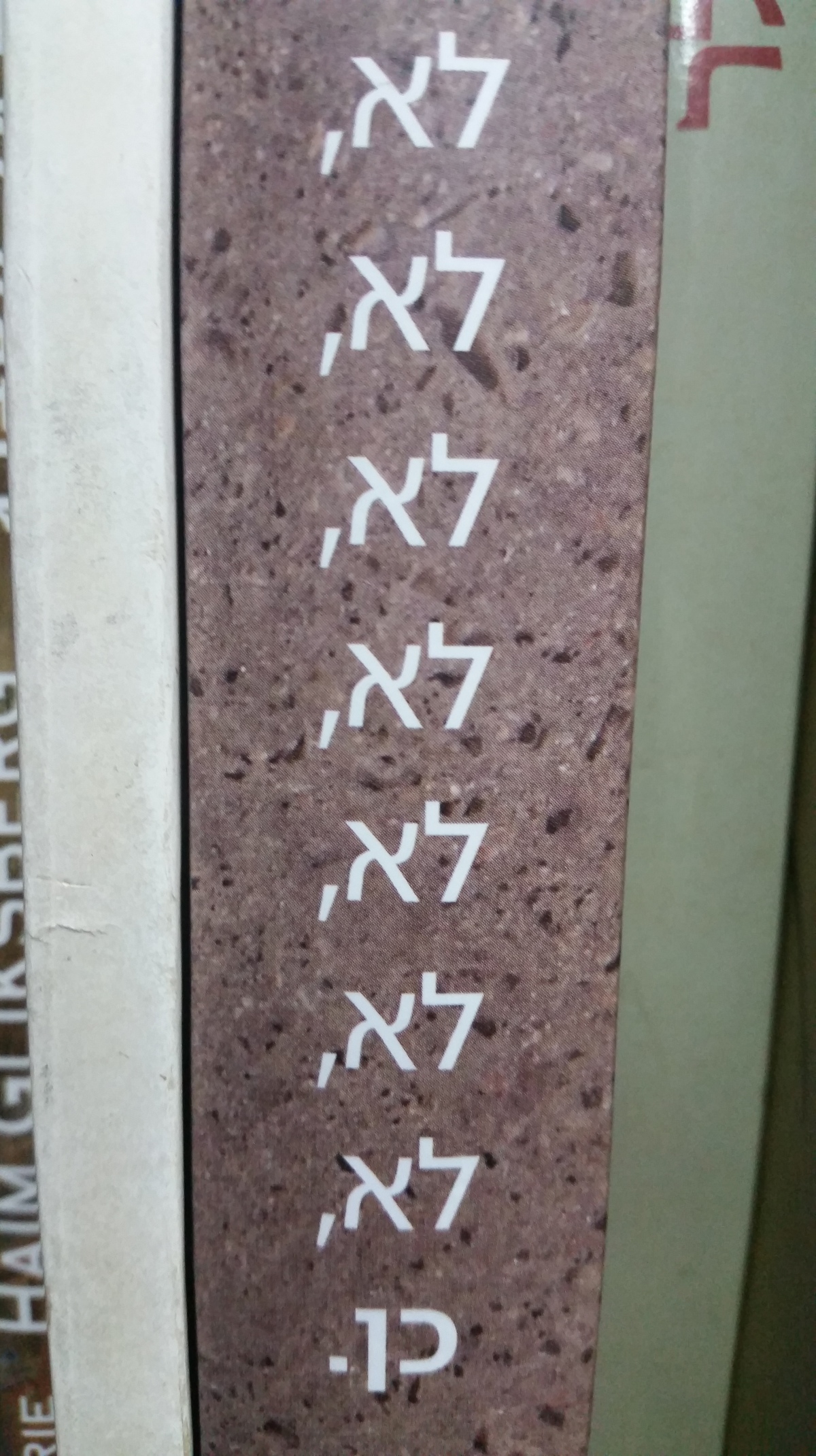 When I moved to Israel, I anticipated many challenges.  Israeli culture is very different from even American Jewish culture.  The directness, the sometimes harshness of people’s words can really catch an American off guard.  As can the practically non-existent social boundaries.  I knew I’d have to make adjustments to my career and make new friends.  I’d also sorely miss some of my favorite foods and cultures that are omnipresent in the diverse area I grew up in.  I’d be far from my existing support network and would have to build a new one- practically from scratch.  All this in a country I hadn’t visited for 12 years.

But the single hardest part of my journey, by far, was finding a home.  Not a metaphorical home, but an actual house.

Before arriving, I had reserved an AirBnB for a month to give me time to search for an apartment.  Little did I know that even though the woman advertised having air conditioning, she claimed that she was “allergic” to the machine so she wouldn’t turn it on.  As my Sabra friends told me, she was allergic to the electricity bill.  So there I was, a freshly minted Israeli arriving after 15 hours of travel (with only 1 hour of sleep on the plane) and a bedroom at 87 degrees Fahrenheit.  The final straw for this apartment was when I got food poisoning at four in the morning and rather than offering some words of consolation, the host complained about me waking her up.

After having received a refund for the remaining three weeks from AirBnB, I scrambled to find a place.  Still hung up on jet lag, I managed to find a generous lesbian couple who had also made aliyah from the States a year ago.  I slept in their office for a while while I searched for an apartment.  But as I think we all discovered, having three people, a dog, and multiple cats in a small apartment just doesn’t work.  And from the beginning, this was going to be a temporary place.

So I ran around trying to find a new place.  I found a sublet in the middle of the city.  I had a roommate- not ideal, but fine for a temporary stay.  My landlord, on the other hand, stole money from me that required endless hours of mediation and legal threats to be returned.  It’s not worth going into a ton of detail, but let’s just say that that’s one among many examples.

Needless to say, I was tired of hopping around apartments.  I wanted my own place- no roommates, no pets, no thieving landlords.  With a long term lease.  A home.

This is when I really discovered why Israelis protested en masse in 2011.  In particular in Tel Aviv, there is a massive housing shortage.  Most Israelis want to live in the Center of the country but the building hasn’t kept up.  As a result, demand is high and so are the prices.  Although prices are significantly lower in Tel Aviv than in places like Washington, D.C., San Francisco, and New York (which Israelis should realize- this is not a uniquely Israeli problem), there is a unique competitiveness to the market here.  When you show up to view an apartment, there are often multiple people viewing at the same time.  I can’t think of anything more awkward.  Everyone is trying to woo the all-powerful landlord while somehow pretending to like each other.  It’s super uncomfortable.

Then, the landlord will tell you there’s an extensive waiting list.  And to be honest, there usually is (although of course some lie).  The landlord can ask you any friggin question he wants.  In the U.S., there are extensive rental protections.  Where I lived in Maryland before aliyah, there was even a free service offered by the local government to investigate unscrupulous landlords.  Of course there were still bad apples, but at least there was legal recourse.

Here, the legal system is basically a load of crap.  When it comes to housing, the landlords know they run the show.  I was asked invasive questions about my salary, my family’s salary, my job, my religion, my national origin, my sexuality, my politics, and more.  What Israelis need to understand is that while this is par for the course in Tel Aviv, it is illegal in the U.S. and most civilized countries.  If you have the money and pass a background check, you can legally rent wherever you want in the U.S.

Could I have chosen not to answer these questions?  Sure.  But why would the landlord choose me, then, when she can simply pick someone else from a list of 30 people?  One guy, after grilling me for 30 minutes, ended by saying “you seem like a nice guy, but I have a whole list of people who work for the army and get great bonuses and benefits, so I’m just not sure we’ll choose you.”  With a smile.

I had landlords ask me to pay 6 months rent- up front.  I had landlords ask me to pay rent- in cash.  Leaving me with no paper trail of having paid the rent at all in an almost non-existent legal system.  I was offered one apartment that I’m pretty sure was tied to some sort of mafia.  I was told over and over again that the apartments were quiet- only to find construction projects (both existing and planned- there is a database) all around.

Trying to fix this situation, a new law was passed in the Knesset this past year to provide more rental protections.  What I then encountered were multiple landlords (illegally) inserting clauses into the leases stating that the new law did not apply.  Of course a lease doesn’t supplant the law of the land, but it certainly spoke to what kind of landlord they’d be.  One woman, when I asked her to revise the lease, said “but I’d never hurt anyone!”  And she refused to change it.

I had a particular apartment I was ready to sign on.  I had had my lawyer review the lease in Hebrew twice.  I had prepared my checks (you have to pre-sign a year’s worth of checks here).  I had prepared my 5000 shekel deposit and my 4000 shekel pre-payment of the last month’s rent in addition to the 4000 shekels for the first month.  In addition to all that, I’d have to pay several thousand shekels to the real estate agent.  But two hours before the lease was supposed to be signed (the day before moving day), the real estate agent told me the landlord wanted to add a clause.  A clause that stated that if I left early, I needed to find a replacement (no problem, this was already in the lease), but also to give up 4000 additional shekels.

Of course I didn’t sign.  Adding a last minute clause is already a huge red flag.  Adding one that would rob me of 4000 shekels if, God forbid, I had a life emergency and needed to find a new renter- now that’s depraved.  The real estate agent yelled at me, a lot.  I told her I had to go.  And she called- I counted- 6 times in 10 minutes and texted over and over.  I wish I could say this was the only time, but I was also berated over the phone by at least two other real estate agents who felt this was somehow acceptable behavior.

The worst part of all of this is that based on the comments I heard from landlords and real estate agents alike, I knew I was being taken advantage of because I was an oleh chadash, a new Israeli.  Even though I have fluent Hebrew.  Nothing about this process is more revolting than that.  I made the sacrifice to make Israel my new home and to see fellow Jews manipulating me made me sick to my stomach.  And exhausted.

Tired of all the games, I decided that I’d look in South Tel Aviv.  It’s cheaper and more importantly, less competitive to find a place.  And when I say South Tel Aviv, I don’t mean the hipsters of Florentin- it’s also a mess to find an apartment there.  And I don’t mean Yafo- it’s in such high demand (and gentrification) that I found it quite hard too.

No, I live where the music is Mizrachi.  Which I love.  Where the streets are filled with diverse refugees from all over the world.  Where there are real, honest-to-God neighborhoods, not some sort of revolving door of young people trying to pay astronomically high rent.  Is my community super queer-friendly and packed with Reform synagogues?  No- although I haven’t gotten to know my neighbors yet and I know Israel can always surprise you.  I do know there are Shas posters nearby, which I find both amusing and frightening.  I’m thrilled that the food is cheap and absolutely delicious.  I even found a sushi place- and the maki rolls cost 9 shekels!  Try finding that in Dizengoff Center!

In the end, I come back to my name, Matah מטע.  It means orchard and I chose it because I’m planting roots to bear fruits, to blossom.  And what I realized is this- I was tired of the “no, no, no, no” I was hearing and wanted to get to the “yes”, like in my cover photo.  More than being in a central location packed with young people, what I needed was a home.  And what I started to realize is that having gone through so much in the States, this wasn’t really a new home so much as a first home.  I needed some soil so I could ease my bark into the ground and find some stability.  After four months here, I just needed a quiet, safe place to come home to at night and sleep.

And that is what I found.  I’m grateful for the help of friends and my lawyer, who supported me emotionally and with advice.  Was it easy?  Absolutely not.  If you’re making aliyah because you think it’s a piece of cake, you should immigrate to Ireland.  Or Belgium.  Or Japan.  Because Israel can be really friggin tough.  Not always for the reasons Sabras think, but it is hard.  I have to admit my faith and my hope were tested repeatedly while finding a home.  And I hope I can find some peace of mind by reconnecting to the Israelis who give me spirit, rather than the people who drained me of it.

On my way home Friday, I heard a song wafting through the air in my new neighborhood.  I recognized the melody.  And as I got closer, I sang along: “lecha dodi likrat kalah, pnei shabbat nekablah.”  The traditional Jewish song for welcoming Shabbat, the Sabbath bride.

I couldn’t help but think that for all the challenges I’ve been through- and the unknown ones that may lie ahead- that I made the right choice.  Because rather than hearing the boom boom boom of the middle of Tel Aviv, I’m hearing the songs of my people.  Prayers I’ve said since childhood.

There may not be a lot of Reform synagogues in South Tel Aviv, but you don’t always need one when your prayers fill the air of the market and you’re singing along.  With your new key in hand.  When you move to a new home, you’re praying with your feet.

13 thoughts on “The hardest part of making aliyah”